Earlier this month, members of the Africa Ethics Work Group (AEWG) held their bi-annual face-to-face meeting, hosted by Dr Dorcas Kamuya, Co-Chair of AEWG, at KEMRI-Wellcome Trust Research Centre in the coastal region of Kilifi, Kenya. The AEWG were given an insightful tour of the KEMRI and the neighbouring facilities within the local hospital, the location. This is where genomic samples will be collected, stored, and analysed as part of the Stanley’s Centre’s NeuroDev branch of the study. 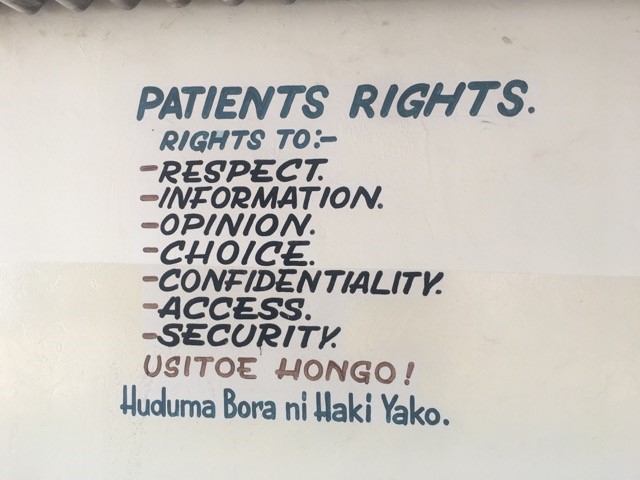 Patient Rights as found on the Walls of the Hospital

The 2-day meeting provided the group a valuable opportunity to interact with scientific researchers and recruiters on the Stanley’s NeuroGap Psychosis branch of the study, to reflect on core achievements over the last year, and to identify targeted research outputs for the next year. Numerous “invisible outputs” were brought to the fore, and it became clear that AEWG members have been doing a great deal of work behind the scenes to smooth the IRB processes required to conduct the scientific research. A key lesson is that it requires an attitude shift in scientific partners to understand that ethical concerns should be considered throughout the institutional approval phases and during the consenting process. Ethical awareness needs to be embedded both before and in the conduct of the scientific research, particularly when the research is in the controversial area of psychiatric genomics in Africa. 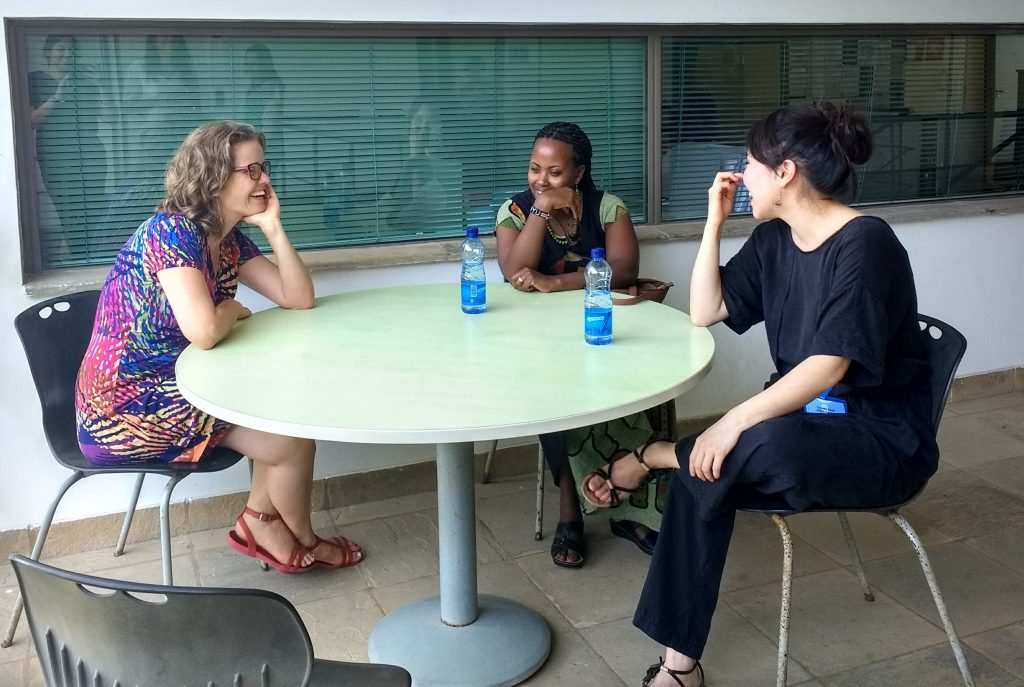 Members of the AEWG chatting during a break

Members of the AEWG will also be writing a series of case studies on the ethical issues that have arisen through their engagements with the scientific studies over the past year. Issues such as the translation of consent forms, feedback of findings, assent and use of photography, and gender were identified as topics for the case study series.

Overall, the meeting was hugely successful in articulating a clear vision and creating momentum for group activities.  It was a pleasure to be hosted by Dorcas and her colleagues who invested a significant amount of effort to host the event, and the team are also very grateful to Alexandra Almeida at the University of Oxford, and Anne Stevenson at the Broad for all their organisational efforts. 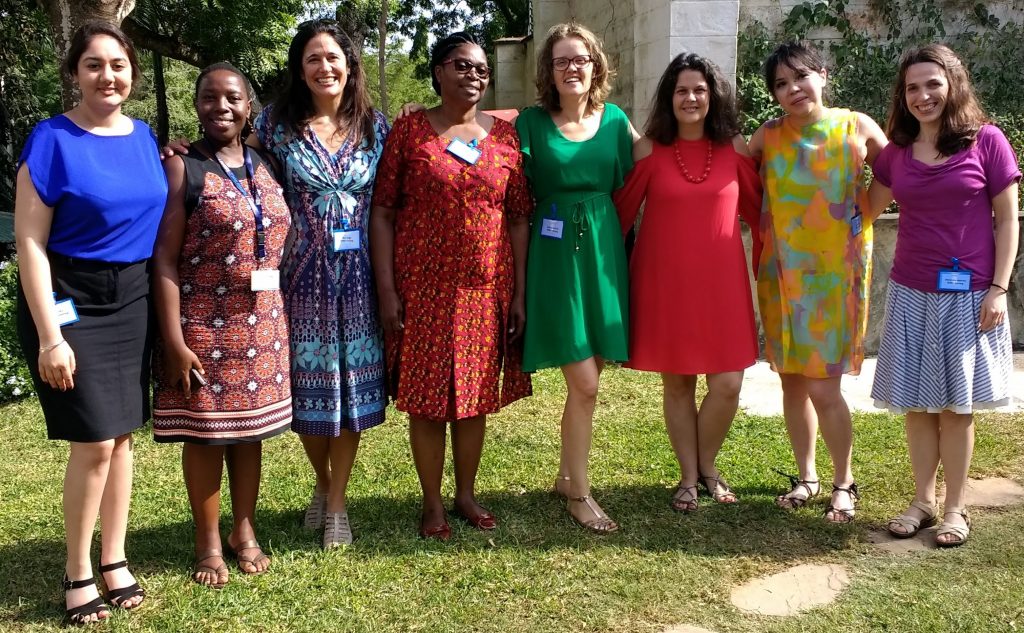