Africa Ethics Working Group (AEWG) member, Professor Eunice Kamaara, was among the top 30 finalists in the World Health Organisation (WHO) Africa Innovation Challenge, which launched in 2018 to create a platform for community-based innovations that address unmet health needs across the continent.

Eunice was selected from a field of more than 2400 entries for her work on the African Character Initiation Programme (ACIP), which she co-founded in 2004. 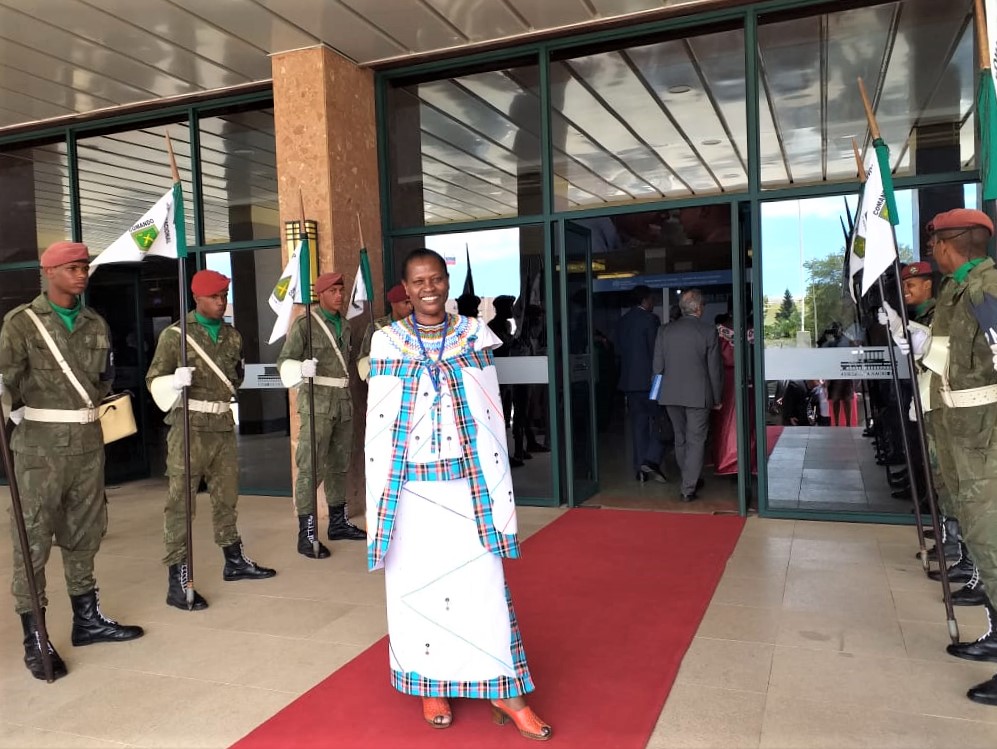 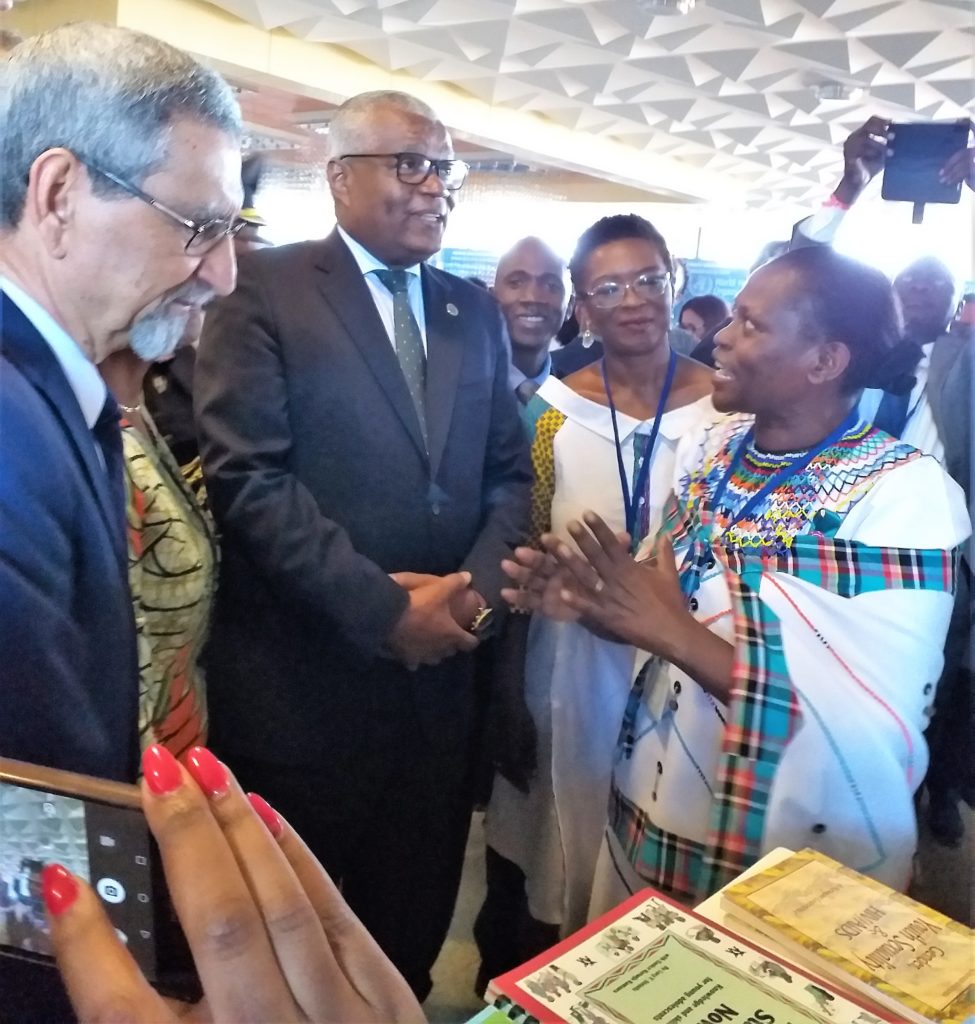 Eunice explaining the work of ACIP to the President of Cape Verde.

ACIP is a community participatory programme supporting adolescents aged 11-15 with their transition to adulthood. Eunice explains that:

“Traditionally, African societies had elaborate indigenous rites of passage to aid changes in identity, social belonging and character. Today, adolescents face numerous tensions between indigenous rites of passage and modernisation which leaves them confused, alienated and lacking self-esteem. Many African cultural practices have been condemned and removed, but these mechanisms of teaching cultural values have not been replaced. Our innovative programme adapts values from indigenous African rites of passage for the holistic health and wellbeing of adolescents in contemporary Africa. ACIP is rooted in African community values, whereby components are borrowed from indigenous African rites of passage, discarding aspects that are retrogressive, and building upon aspects that are healthy and prolife.”

Eunice has conducted a wealth of research in the field of youth sexuality, gender, ethics, and spiritual health, which has formed the basis for much of ACIP and its outputs. The programme also specifically addresses high-risk behaviour in adolescents to aid the prevention of STIs, including HIV/AIDS, and pregnancies among the young population. ACIP empowers adolescents by providing knowledge, life skills, and character values of respect and honesty.

The success of ACIP is rooted in its sustainable and inclusive approach. In July 2017, ACIP held a workshop on “National Identity and Values” attended by 100 leaders of various initiation rites across Kenya. ACIP’s manual My life – starting now, is used across Kenya, and has been translated into Chichewa to be used in Malawi, Zambia, and Zimbabwe. Early discussions are being held with the WHO to implement the manual with early adolescents in Nepal.

Over the last 13 years, the programme has directly impacted over 2000 boys and girls through workshops and camps, and directly mentored over 1500 individual boys and girls.