The AEWG attend a Writing Retreat in Oxford

The Africa Ethics Working Group’s (AEWG) recently came together at a 3-day writing retreat in Oxford. The February retreat was structured to optimise collaborative writing time, and facilitate feedback on empirical research papers in progress, and draft ethical case studies.

As AEWG members are located across many different countries, the majority of the group’s meetings take place as virtual conference calls. Spending a dedicated amount of time face-to-face is not only vital to progress future publications, but also strengthens the arguments put forward, and the interpersonal relationships between group members. 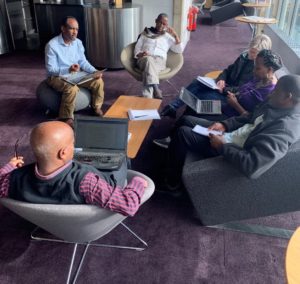 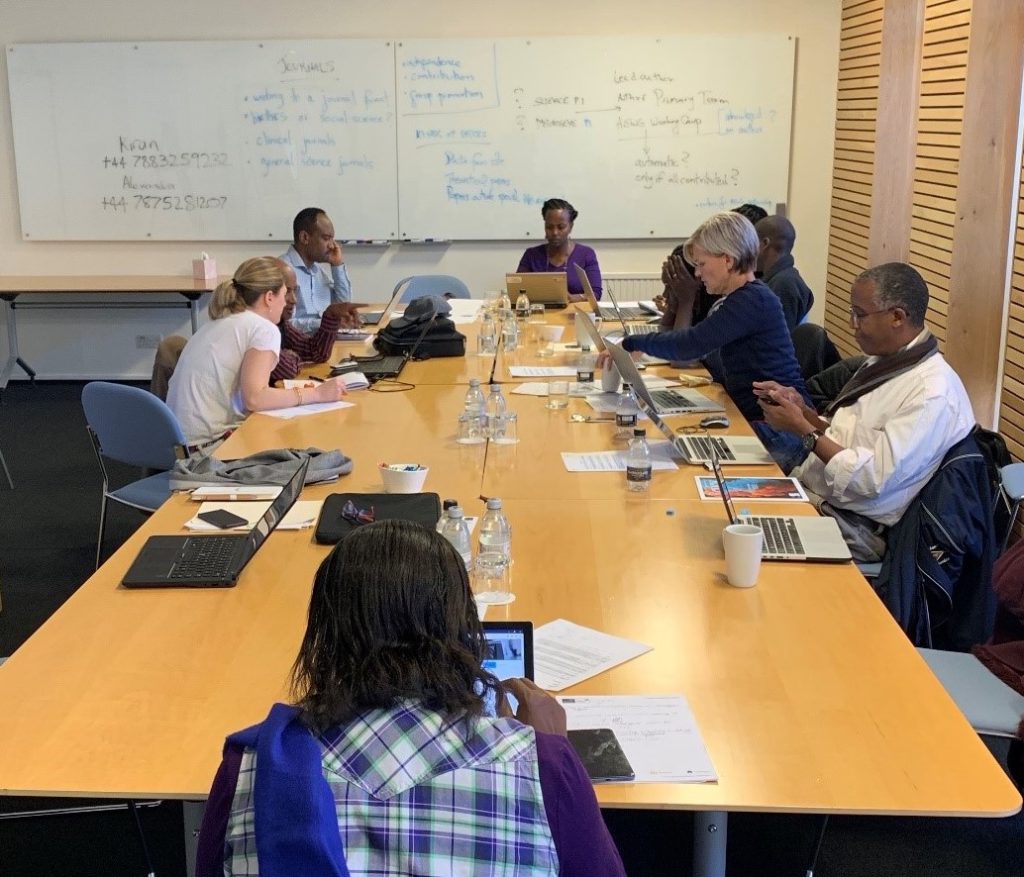 The AEWG in a writing session, with Anne Stevenson on hand discussing scientific elements of NeuroGAP-Psychosis

John Isaac (Senior Director, Neuroscience External Innovation at Johnson & Johnson Innovation) gave a session on ‘How to write collaboratively’, covering the topics of interpersonal diplomacy, authorship, and accountability. This session led to substantial progress being made on the AEWG’s authorship policy.

The retreat succeeded in creating a supportive exchange of intellectual insight, and many of the AEWG papers are now close to completion: we look forward to seeing them published!

We would like to express our deepest gratitude to the AEWG for attending, our guests Anne Stevenson, Rocky Stroud, Victoria de Menil, and John Isaac for their time, the Oxford team for organising the event. 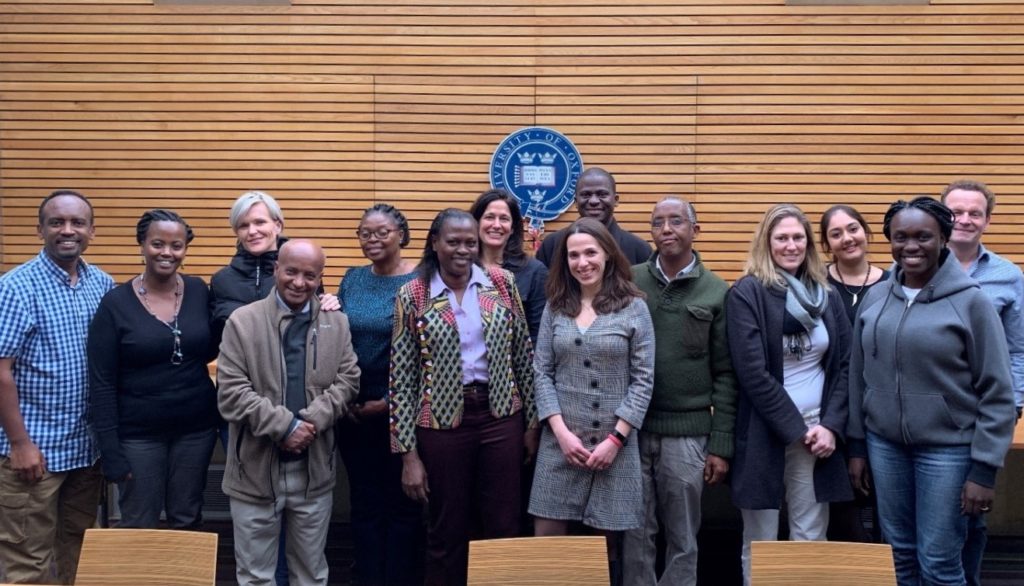 The AEWG, with the Oxford team, Anne Stevenson and John Isaac.